These are challenging times. Tolerance is low, tension is high.

Individuals and communities are responding to the enormous loss caused by Hurricanes Harvey and Irma. Homes are lost. Lives are lost. A magnitude 8.1 earthquake caused the death of 96 people in Mexico. Even more, hate crimes are on the rise. Synagogues, community centers, and more places of worship have been vandalized. Chilling images of people with swastikas are on news media. People are hitting the streets marching and protesting. Some are getting injured and dying. Heather Heyer, an innocent young woman, was killed in the Charlottesville protests. Deferred Action for Childhood Arrivals is at risk, and with it the personal safety of many your people. Safety is diminishing, consequently trauma is on the rise.

Many are suffering from the ill effects of trauma. In fact, we are all survivors of one trauma or another.

The challenge with trauma is that it causes people to shut down and isolate. Following injury, individuals tend to retreat to known patterns that seem safe and low risk. Since new things are risky, the tendency is keep doing the same old way. These safe patterns can become unconsciously entrained in our lives becoming “what we do” and repeated without thought or consideration, even after any usefulness has expired.

Trauma halts creativity in this way. Pleasure and expansiveness are traded for a constricted survival mode.

This month, Elul, is designated for T’shuvah. It offers an opportunity to cultivate personal awareness. T’shuvah is an antidote for trauma. 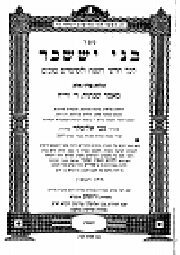 Consider this teaching from Bnei Yisaskhar (BY); Tzvi Elimelekh from Dinov zt”l (1783-1840). He is a Hassid of the Dinov lineage whose descendants include Munkatsh and Bluzhov Hassidim. A master of time and her patterns, he brings forward intelligence, awareness, refinement, to increase receptivity of the vicissitudes of time.

… anointed the symbol yud in Movement (another version; Sight) tied it to Crown and permuted this with that through it and formed through them Virgo in Space, Elul in Time, and the left hand in Soul, male and female…

Each month the designated letter according to Sefer Yetzirah move to Keter; Crown to be aninted. This month, Elul, the letter is yud and iits anointing brings forward Elul in time, the Mazal Betoolah; Virgo in space. Sefer Yetzirah writes about these and the Bnei Yisaskhar expands on these concepts showing nuances of practice to meet this movement.

(see end for chart of the annual cycle)

The root of “v’asitem” וַֽעֲשִׂיתֶ֖ם means make, manifest, move. There is a continuous thread running through all these words highlighting a unifying principal.

(How can one guard mitzvot and make them? )

BY teaches the “them” referenced is the person doing T’shuvah meaning, If you do My mitzvot, you will be mad anew. This new bing is not held to the mistakes of the earlier being. They are reborn with no sin. This is a goal of T’shuvah.

A more nuanced understanding is ‘I will place Myself upon you, and lift you up, as if you made yourselves.’
This is what is said about Ba’alei T’shuvah (Those who re-turn to a life of holy service) it is as if they made themselves anew. (Vayikra Rabbah 30:3)
These days of Elul are designated uniquely for T’shuvah; Re-turn. In this way, Ba’alei T’shuvah (Masters of Re-trun) make themselves anew.

BY considers the tools available in Elul; ttime designated for T’shuvah. The letter yud, Elul, and the maiden in the heavens; Betoolah, Virgo. .

The letter yud looks like a spark, it represents the Divine spark of G!D that is found in all things, cannot be seen nor separated from them.
The yud is a single point ready to receive all forms. Its gemmatria is the number 10. (Ten commandments, utterances, plagues, fingers, toes, people make a minion. )
When yud is anointed Betoolah; Virgo was formed in space.

K’nesset Yisrael; Yisrael community is consistently compared to Betoolah. Just as no one has had dominion over a maiden, so too no one has held authority over Knesset Yisrael. As it were, (she (K’nesset Yisrael) is passionate about her Beloved (The Holy One of Blessing). Each time these lovers meet it is fresh, exciting like the very first time.

They are a vision of free, innocent, and beloveds.

The maiden is symbol of innocence, yearning, and curiosity. She walks with a sense of “beginner’s mind”. Knesset Yisrael is a maiden belonging to the Holy One of Blessing. She yearns only for Him.

This month is uniquely designated for T’shuvah. It’s Mazal; Astrological sign is Betoolah; Virgo. Those who engage with T’shuvah; returning are made into anew having never been dominated and have never ever been ruled by the yezter hara; evil inclination.

Consider inviting Betoolah; the maiden’s attributes into your T’shuvah process. She is curious, interested, and not at all jaded. Betoolah brings beginner’s mind. She is open, creative, and curious. Betoolah is willing to invent new ways to respond.

We are not in control of what may or may not occur. We are in control of how we respond when challenges arise. This is a key aspect of T’shuvah.

Thanks for subscribing! Please check your email for further instructions.

Something went wrong. Please check your entries and try again.
Scroll To Top