TEXTURES IN TIME – B’HAR; From the Mountaintop

/Holistic Jew/Comments Off on TEXTURES IN TIME – B’HAR; From the Mountaintop 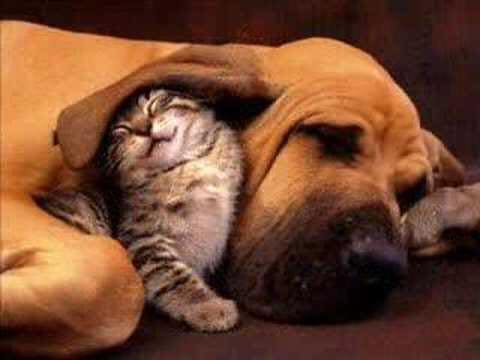 This Torah portion points the way to achieving a proper balance between human culture and Earth. You might even say that this Parshah represents the ideals of Torah ecology. It begins with a beautiful idea. A whole year off for Earth! I Shabbat year! A rest year, a sabbatical. Call it Sh’mittah. No farming! And, every fifty years, a jubilee year. A Yovel. A super Sh’mittah! Sh’mittah squared. Two years off for Earth. Ownership reversion. Every fifty years, the land goes back to its original owners (no, not the Canaanites. They’re extinct).

In this Torah portion, we see that Judaism is a Shabbat-based religion. Shabbat occurs weekly, seven yearly, and 7×7 yearly. Even Rosh Hashanah is in the seventh month. The giving of Torah, Shavuot, is in Sivan, which is connected by the letter Zayin (ז) in Sefer Yetzirah. Zayin has a gematria of seven.

Behar continues with a few Socioeconomic laws concerning helping the poor and not dominating or breaking the spirit of enslaved people. This “Shabbes-dikkah” Torah portion ends with these appropriate words, “Keep My Sabbaths.” Leviticus 26:2.

We are upgrading my book, Secret of Seven. God Willing, it will be available soon; stay tuned. One of the areas of focus is The Secret of Seven. In honor of Behar and the magic and mystery of seven, here is a sneak preview of an excerpt from my book.

THE SECRET OF SEVEN

Seven represents spiritual energy that holds our world together. It is a number signaling completion in the physical world.  Torah teaches that the world was created in six primordial days, “Yamim.” On the seventh primordial day, The Creator paused and ensouled the world
(shavat vayinafash).

A perfect circle can be surrounded by precisely six circles of the same size. Then, the center circle is the unifying and vitalizing force of the other six. Similarly, Shabbat is the vitalizing force for the other six days of the week. So too, the spiritual realm, represented by the number seven, acts as a centering and vivifying point for the power of six, which represents the physical world. This can be seen in the six directions of our space-time continuum.

The word for seven in Hebrew is “sheva”. Interestingly, in a different context, the same root translates as oath.  In yet another context, the word translates as contentment. This root word has a deep resonance, which delivers an important message. When one takes on the oath of seven (as in the observance of Shabbat), thereby cultivating spiritual energy in the physical world, contentment follows.

The Shabbat liturgy affirms that Yisrael is an “Am Mekadshei Sh’vi’i” – a people who bring forward the holiness of seven.[1] Wherever seven appears in spiritual practice, the Secret of Seven can be accessed to deepen the experience.

[1] See, for example, the fourth blessing of the Shabbat Musaf Amidah in Ashkenazi liturgy.

THE PARASHAH IN THE S’FIRAH CYCLE

BEHAR IS HESED IN HOD

A new cycle of seven is initiated. Hod is the energetic opposite of Netzah. It is – the opposite of pouring energy out without limit. Hod sits beneath G’vruah on the Etz Hayyim (Tree of Life). Hod pauses. Her manner is meditative, reflective, and restrained. Hod serves to refine output and hone sensibilities. Netzah reflects chaos, and Hod reflects orderliness. This is a reminder of the need to balance intense drive with pause and reflection as a personal practice. Some equate Hod with aesthetics. It suits Hod to begin its series with a Shabbat law, which moves the community away from work addiction. Hod models the way of the priestess and prophetess, and the sacred seven is a portal in Jewish life.

There is no great profusion of laws in this Torah portion as in K’doshim or the great length we saw in Emor. Behar is short and sweet, like Hod. It is a good and telling beginning for this next cycle of seven Torah portions.

Thanks for subscribing! Please check your email for further instructions.

Something went wrong. Please check your entries and try again.
Scroll To Top